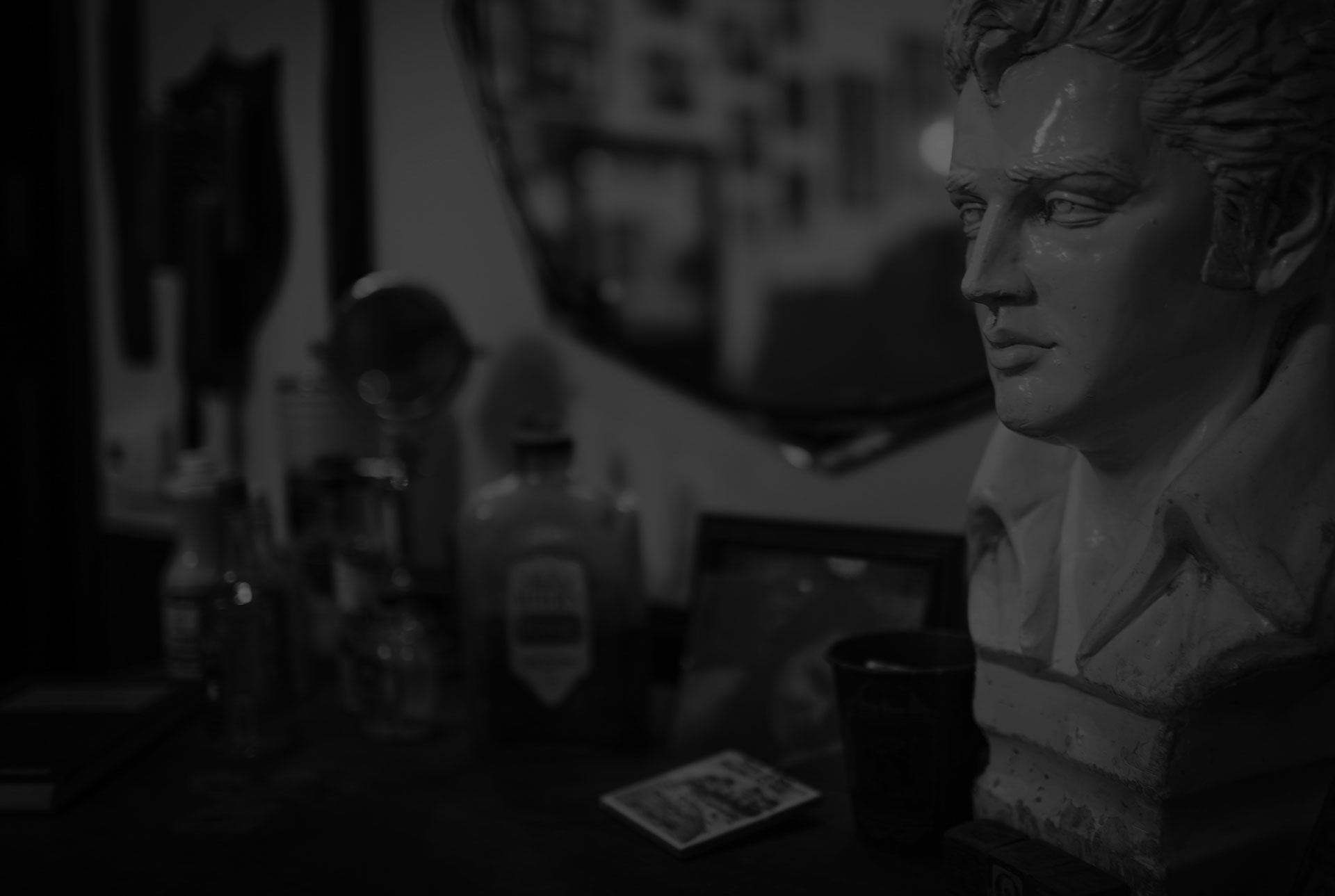 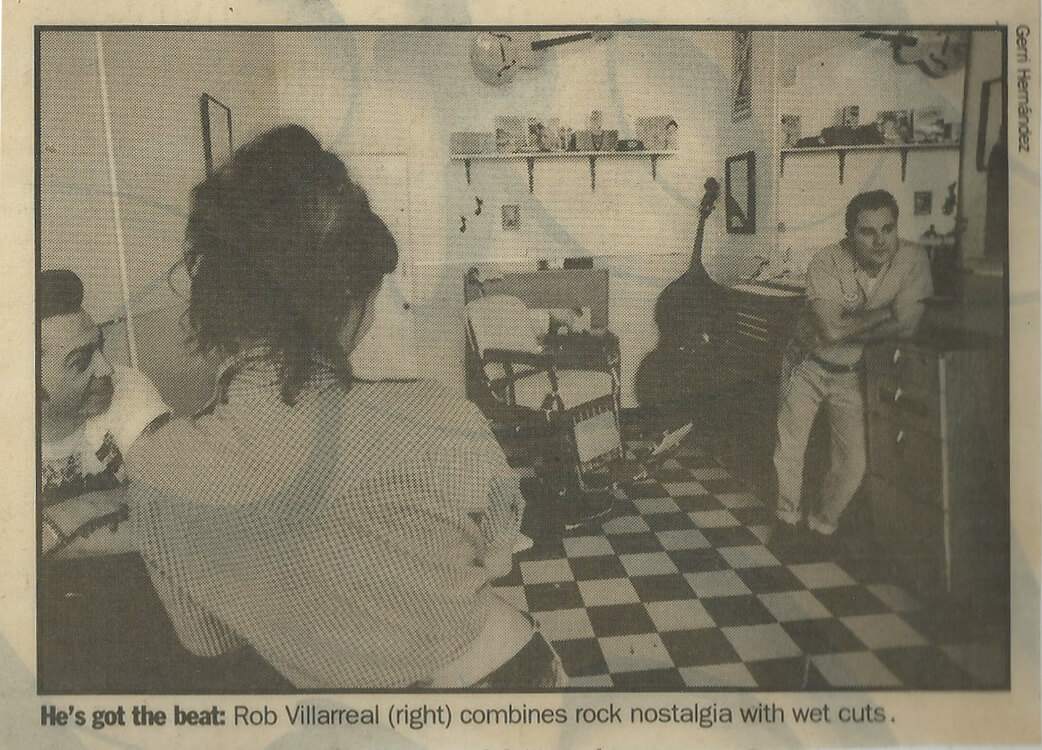 While most of his childhood peers were aspiring to careers and firemen, or astronauts, Rob Villarreal had a decidedly unique but simple aspiration: He dreamt of becoming a rock and roll barber.

“It’s all I’ve wanted to do,” says Villarreal, 29. “I would go down to the local barber ship to watch the guys cut hair there, then practice on the neighborhood kids. I thought it would be great if I could open up my own barbershop.”

The love of barber came first, the rock and roll came later, says Villarreal, who is realizing his dream with the opening at the end of March of Rob’s Chop Shop in a small Parry Avenue storefront. The Galveston native has created an establishment that combines his love for music and his passion for trimming tresses. It’s a natural combination considering that hairstyles and rock and roll have gone hand in hand since the days of the Beatles’ mop-tops.

“I’ve always thought of rock and roll and barbershops – it’s the ear that I really like; hot rods, pompadours, that kind of thing,” Villarreal says. “They’ve always just gone together as far as I’m concerned.”

Rob’s Chop Shop is a throwback to the earliest era of rock – the days of two-bit cuts and fin fenders. The aqua interior frames a black-and-white-checker-board floor, while the walls are adorned with posters of Texas legend Bob Wills and local hero Reverend Horton Heat. In addition, record sleeves from Elvis Presley 45s sit on the shelves while tunes from the Ventures and the Shangri-Las blare from a 1961 console stereo. And then there’s Villarreal’s real pride and joy – the Chair. “I got this chair from a guy in Pleasant Grove,” Villarreal says, pointing to the old-fashioned-style barber chair’s blue seat. “It’s from the 1930s and probably sat in some small-town barbershop. Just think of the stories that have been told from this chair.”

Villarreal hopes to eventually cover a wall in shop with autographed pictures of his favored musical acts – or clients. “It would be great if some these musicians would stop by when the hit town and get a trim,” Villarreal says. And he does have a particular somebody in mind.

“Johnny Cash,” Villarreal says adoringly. “I’ve been a big fan for so long, it would really be an honor.”